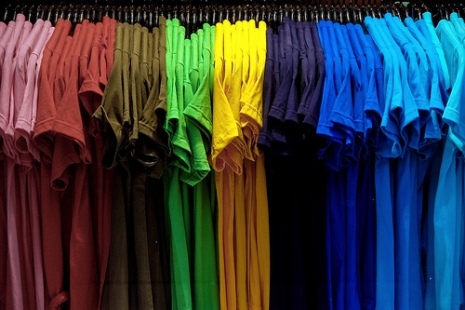 Within a few days of starting law school it became apparent to me that my original business (a promotional apparel company) was going to have to drastically change. At the time, a significant part of my sales strategy was predicated on building incredibly strong and long-lasting relationships with customers through constant in-person engagement. That meant considerable travel. When I started the business four years earlier, as an undergraduate student at McGill University, my schedule was extremely flexible and class attendance seemed almost optional. But law school was different, and it required my physical attendance every single day.

I needed to create a business that did not require my physical presence, but that would still allow me to leverage my experience in the apparel industry. I decided to launch on online shop selling licensed T-shirts.

One of my first tasks was to figure out the supply side of my new business. After some ‘hustle’, I set up meetings with two of the largest licensed apparel suppliers in Canada. Both suppliers were impressive, experienced and had considerable inventory. Both offered drop-shipping and competitive pricing, and both seemed excited to support the vision for my new business. However, because I only needed a small volume of shirts for our initial run, and given the strict minimums for licensed products, I was forced to select only one primary supplier, and choosing which one was no easy task.

Both suppliers were extremely strong businesses, and the founders of each company seemed hugely successful in their own careers.

But when I explained my predicament to one particular mentor, he replied by asking me a very different set of questions. Rather than asking about the success or ‘greatness’ of each of the founders, he wanted to know, “how many people have they themselves helped to become ‘great’?” and “how many of their past partners became successful because of them?”

The answers to both of those questions provided me with a clear decision and a path forward. The founder of one supplier had acted as a catalyst for an entire team to start their own unique passion projects, each one being supported and encouraged by him. That same supplier had business partners all over the world, each of them building successful stand-alone companies with which he remained involved.

The founder of the other supplier seemed to have created a culture of stagnant career development and very high staff turnover. Despite seemingly massive success, he had no other partners and no ‘big vision’.

While both founders could certainly be considered “successful” by traditional definitions, only one of them concurrently made those around him successful. That’s the one I picked, and we went on to build Smoofer with his help.

I took that lesson to heart and have tried to apply it to my own management at Shopify.

I am fortunate to have met many incredibly talented people throughout my life, those who are truly great in their areas of expertise. But only a small handful of them have nurtured not only their own success, but also that of those around them.

It’s easy to be ‘good’, tougher to be ‘great’, but the real challenge is to make those around you ‘great’. That’s the type of leader I am hoping to become.

[Job Posting] You need to “hustle” your way in.

I am looking to hire someone incredible to join our BD team here at Shopify. The process however is going to be a little different than usual. I’m not accepting applications, written or digital, and I’m not taking any direct interview... Continue →